Headed out the other weekend after being invited to a few private dams, landed a heap fo small bass and silvers, missed a good yella and then things closed down. I was offered to go and hit another dam to see if we could land a BIG silver as he could almost guarantee it, so who was I to knock that back. We got some bread in the water and baited up, but it was a little bit boring the old bait fishing and my host could tell this, he then mentioned that two cod had been put in this dam over 30 years ago, one had been seen a few years back so "you could try your luck on a spinnerbaits" was all i needed and an Outlaw was tied on and away I went.

15 Cast in and as the mind was drifting after a big morning ........SMASH..........my first thought was LEADER as i had platypus 12lb ( 17lbtest ) mono leader and i knew what I had on was BIG and would have some teeth on that line. After my getting my first look and seeing my SB was nowhere in site I gave myself no change of landing this fish. But i took my time and with some help got this old fella out for a few pictures. 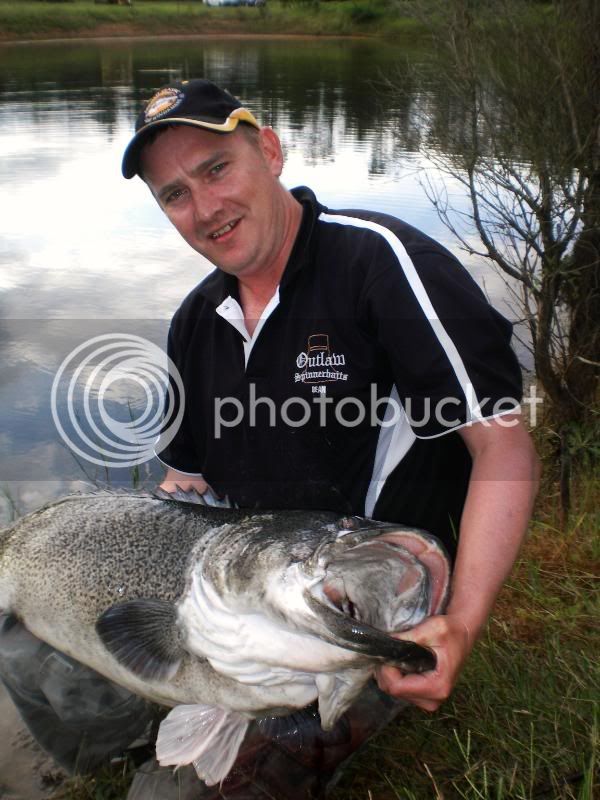 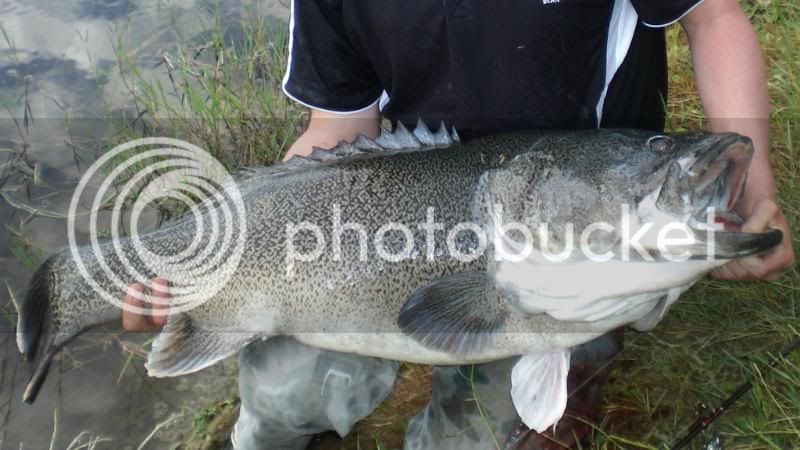 Heres a look at the weekend away at this little bit of heaven on earth.

and the best part of the whole trip was that John who owns this place was there to see that big cod that he put in there back in the 70's.He was as happy as I was

Buck that Cod is a great capture even out of a private dam and that's a very healthy Silver as well.Well done.

Return to “SPINNERBAITS BUZZBAITS CHATTERBAIT LURES YOUR CATCHES AND MORE”